This is the first time I am reviewing a movie trailer on its immediate release and what better movie than the biopic on Steve Jobs. Jobs’ official trailer is out and the movie is all set to release on August 16 (my independence day weekend is made).

The Biography by Walter Isaacson

The story is probably based on Steve Jobs’ biography by Walter Isaacson, and if you are an Apple or Steve Jobs fan and have not read it, I highly recommend you do before you watch the movie. The movie traces the path of his life from his adoption to a college dropout to becoming one of the most creative entrepreneurs of our century.

Ashton Kutcher plays the legendary Steve Jobs and his look and the trailer does leave you desiring for more. This would be one movie to watch out for definitely. 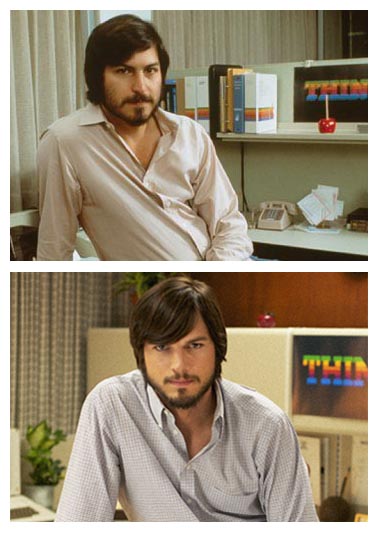 I sign off with a link to the trailer below.