Posted on October 5, 2015 by askmaverick

The air was heavy and the night warm he had to stop for the night. With the air-conditioning of the SUV on full blast and music in his ears he drove on the near empty roads of Delhi on this Sunday night. The destination was new but the curators old who had stood the test of time. Hence, the story of this food ‘n’ drink journey started like all others with “Ek bar i.e. Once upon a time”.

The SUV turned the block and there she stood in the doorway, the hostess welcoming guests. The hostess smiled like the warm red coloured walls of the staircase and ushered us up those walnut balustrades adorning the steps right through the door which opened out into a space that was welcoming and screaming attention. A fluid bar (no pun intended) made out of wooden planks which extended to a length right to the point where the food magician with his infectious smile was gladly waiting to unveil his newest creation to the pouring crowd. The quaintness of the place and the loud graphics all amalgamated to tell him a story so innovative, he beamed at the Chef and as he turned to walk towards an empty table, a smart eager mixologist cut into his path with hand-painted chinaware.

Ek Bar … combining the traditional with the modern!

Everyone wants to address the Elephant in the room!

The Royal Indian Punch, the words hit him in his ears, though unlike a real punch these were more welcome. The mixologist still taken in by his bewildered expression, announced grandly, “Sir, welcome to Ek Bar and I am glad to present to you this welcome drink which was introduced by the Indians to the British in the early seventeenth century.” The chinaware and the kettle reeked of Royalty and the mixologist transported him into an era of the Raj standing right there in the twenty first century. A mix of Whiskey, Kahwa (Kashmiri Tea), Grapefruit and some mystical spices the drink hit him with the first sip and he was there at his table sipping and enjoying it like a royal from the 17th century India but gaping down through the picture window of the restaurant at the 21st century traffic zip by. Some would have called it confusing but he found it surreal.

Cocktails with a story … the stars of the story!

He gazed up to see familiar faces and spotted some in the faint glow of the subdued lighting until a server appeared without any fanfare and introduced him to the Fish and Seafood Platter. He saw the server mouth the word Prawn Sausages (among other seafood delicacies) while his peripheral vision noticed some friends and fellow food lovers join him at his table. A sausage down before the server finished the introduction and he closed his eyes to savour the taste of the wonderful prawn meat. Chef Sujan, the food magician was back and noticed the pleasure in his eyes and the satisfying grin on his lips. “Wait till you sample the line up we have for tonight,” the words said and “poof” the Chef vanished into the kitchen. Clearly he was a man who was crazy about his newest baby and leaving no stone unturned to make it a memorable gastronomical adventure for his guests. 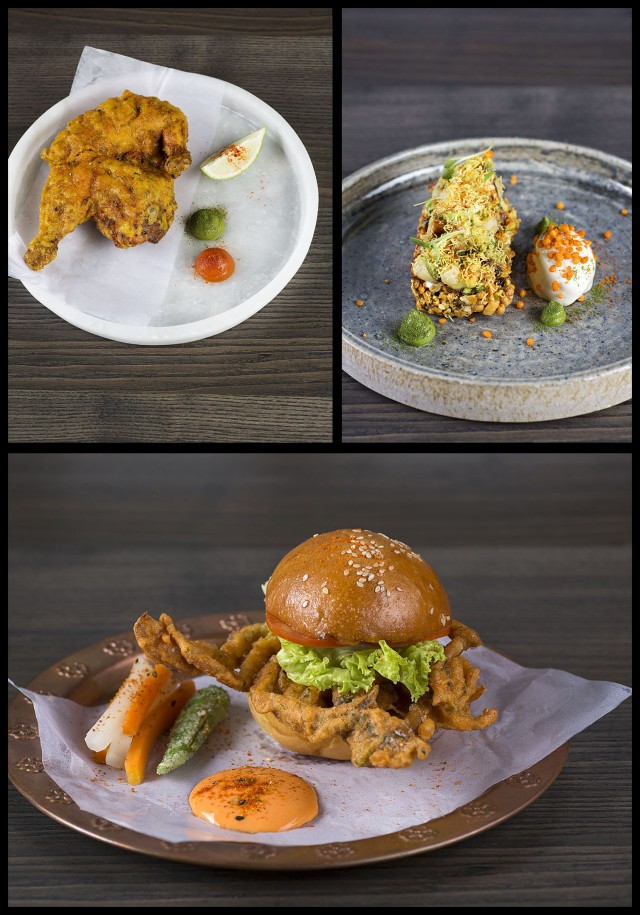 Ek Bar is not just about drinks and stories … Chef Sujan has managed to outdo himself and create some innovative dishes!

However, simmering underneath, much to his delight he noticed a competition between the bar and the kitchen and no sooner had the Chef vanished, the mixologist had appeared with a fresh story and a fancy looking drink. Mogito 6 (pronounced mojee-to-che) the mixologist offered and he sportingly holding the extra cold glass said, “But, I don’t speak Gujrati”. Amused the mixolgist offered his story, about how we Indian love to literally pronounce the words and a Mojito is always called Mogito. Though that was just the start and if Mojito was Indian made, more so made in the streets of Delhi 6 (Old Delhi), it would have had used local citrus fruit Amrak (Star fruit) with Rum, mint and again 6 spices from their secret spice box. A steel straw (he termed it the Pipe) which doubled up as a stirrer he did admire the potency of the drink and detailing that went into it. 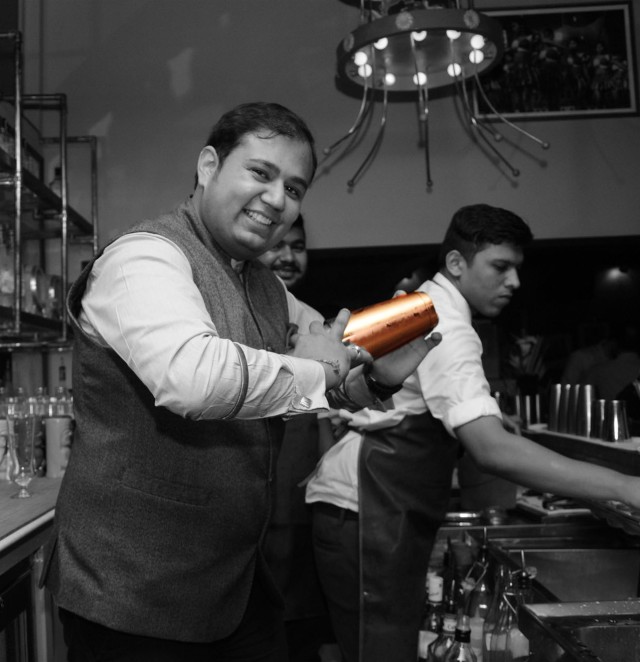 Nitin Tewari … the mixologist who takes pleasure in getting you drunk on his potent concoctions!

Clearly the bar was trying to get him drunk and he straightened and walked to another table to greet familiar faces but more to eye what they were eating. Chicken 65 Burgers, and he knew he needed to bite into one of those babies to satisfy the hunger pangs those cocktails were giving him. The Chicken 65 was well cooked and marinated, though way less spicy for his taste buds, between soft buns was enough for him to curb the craving after he had a server deliver it on his table.

Not even halfway through the burger, heads started turning, whispers became excited and eyes gleamed, making him look up with his mouth still full. The elephant mural with the over sized aviators stared at him and directly opposite the mural stood the man who started it all. The reason why they were there and enjoying this food ‘n’ drink journey. There stood Mr. A.D. Singh flanked by his Chef and partner in this innovative restaurant Sujan Sarkar and the glamorous hostess. Looking dapper in his red and blue blazer with some Indian graffiti, his clothes reflected the mood of the place and the place reflected AD’s sense of style. No alien to the hospitality industry, with a plethora of restaurants under his belt, Ek Bar has reinforced the fact that the man though a veteran knows best how to combine tradition with modernity.

He believed this place was growing on him and as he greeted the man and his team, the mixologist magically appeared again by their side to offer him the Murabba Mule. A family recipe of a Mango Murraba (fruit preservative) combined with homemade Ginger beer and Vodka and things were getting headier. “Ek bar to har drink peena padega (Will have to try each drink once)”, is what he thought and gulp down this twist of the Moscow Mule! A Non Vegetarian platter came to his rescue along with a Chicken Liver and Bheja Paté. 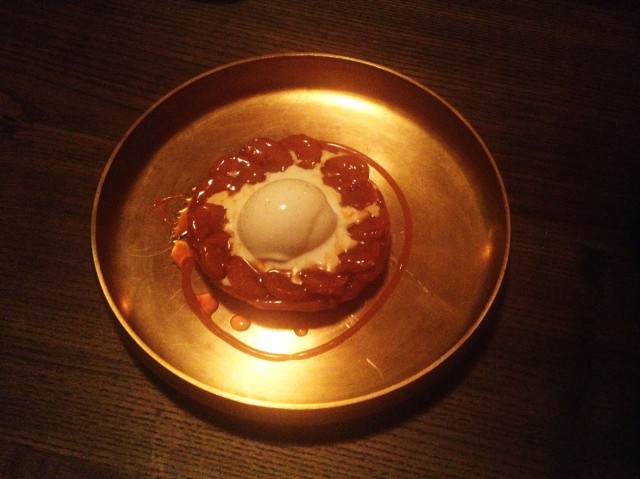 Such a selection of drinks makes a real man hungry and Ek Bar has covered both avenues well. A place which made him both happy and satisfied and still he did not want to leave. Neither did the Chef when he parked his dessert in front of him. The Chef called it Banana Tarte Tatin, he called it heaven! Served with Jaggery Caramel and Vanilla Icream, the jaggery left a toffee flavoured after taste as he stepped back into the warm staircase.

Walking down the steps, he looked back up and he promised himself another visit. As he powered up his SUV, the cabin filled with the lyrics from the famous song

…… “You can check out anytime you want, but you can never leave!!!”